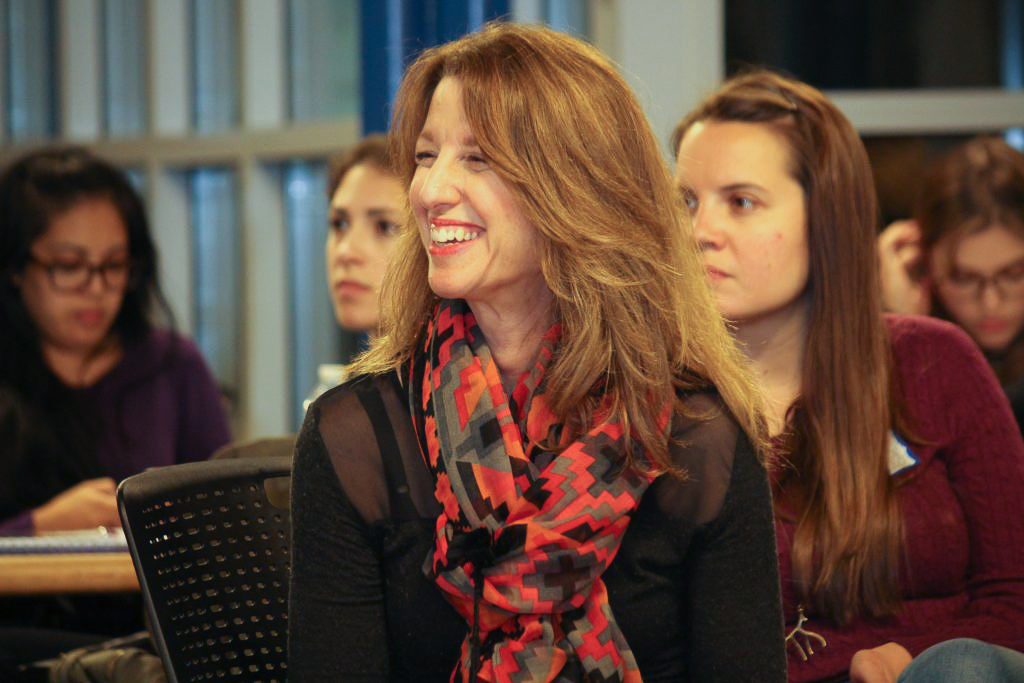 Sherri Hope Culver has a passion for kids and the ways in which media threads through their lives. Sherri currently serves as Director of the Center for Media and Information Literacy at Temple University, USA where she is an associate professor in the Klein College of Media and Communication. At the university, Sherri is building a children’s media concentration, including an annual children’s media career symposium, an annual course in LA introducing students to top executives in children’s media, and teaching a course each semester on media and children.  Her chapter in the latest edition of “20 Questions about Youth and the Media” (2018) is titled, “How are the needs of children considered in children’s media”.

Sherri talks with kids about the influence of media in their lives on her popular podcast Kids Talk Media. She discusses issues facing children’s media and media literacy with guests on her television series, Media Inside Out. Sherri has given talks and presentations about children’s media on five continents and over 13 countries, including the Children’s Global Media Summit, World Summit on Media for Children, UNESCO Media and Information Literacy conferences, International Children’s Media Conference in Turkey, National Association for Media Literacy Education and UK Children’s Media Conference. She was recently elected vice-chair of the UNESCO Global Alliance on Partnerships for Media and Information Literacy. Sherri has been interviewed by major news outlets about media and children, including Variety, Los Angeles Times, Christian Science Monitor, Philadelphia Inquirer, Radio Times (NPR), Metro Kids and KQED Mindshift.

Sherri currently consults with children’s media companies such as YouTube Kids and Nickelodeon on content development and media literacy. Prior to her adventures in academia, Sherri was a producer and television executive. She is three-term past president of the National Association for Media Literacy Education.

Sherri holds a master’s degree in public culture from the University of Pennsylvania.  Her research explored the impact of children’s television on the social development of girls and their ability to form diverse friendships.

Be the first to learn about new podcasts and resources.